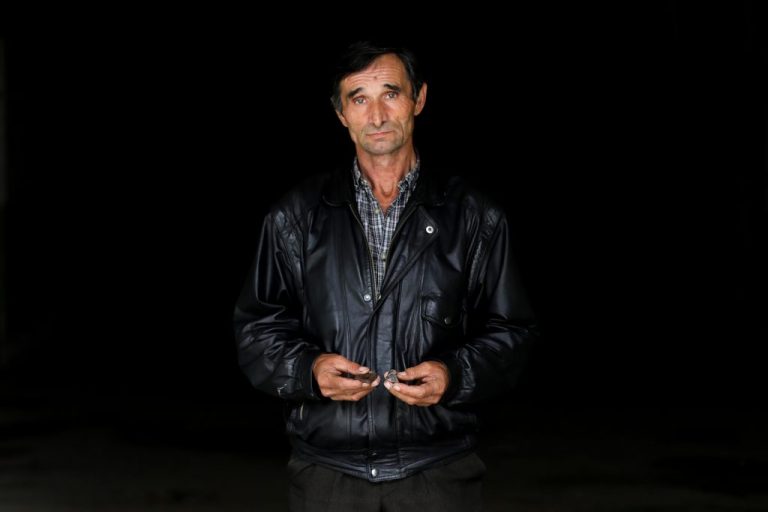 Ramiz Nukić (b.1961) lived with his wife and five children as refugees in a garage in Srebrenica from 1993 to 1995. On July 11, he left for the free territory. His four-year-old son, Mirzet, hugged him as he left and begged him to stay with them.

“At that moment, I thought my heart would break with grief.”

For seven days Ramiz was in a column of men struggling to reach Nezuk. On the way, his father Šahin, brothers Behadil and Velid, and uncle Ramo were killed. After the war, he set out in search of their remains and, together with the Missing Persons Institute of Bosnia and Herzegovina, found hundreds of remains from victims of the Srebrenica Genocide

Ramiz’s testimony was documented within the multimedia project, “Memento: Fragments of the Srebrenica Genocide,” which is produced by the Srebrenica Memorial Center and the Post-Conflict Research Center.