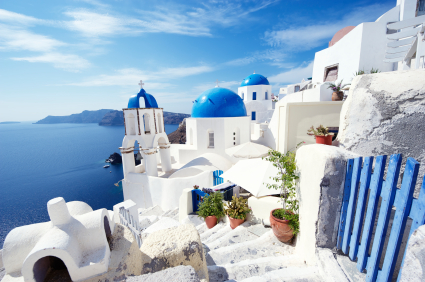 Want to study in Greece, the very birthplace of academia (or, in Ancient Greek, Akadēmía)? This Mediterranean country is widely recognized as the intellectual wellspring to which modern western culture owes many of its linguistic, philosophical, cultural, legal, social and ethical beliefs and systems. Concepts of individualism, freedom, democracy and government all have their roots in the great thinkers of Ancient Greece, whose ideas are still widely read and debated today. Keen to follow in the footsteps of Socrates, Plato, Aristotle, Epicurus and so many other great questioners and innovators? (http://www.topuniversities.com)