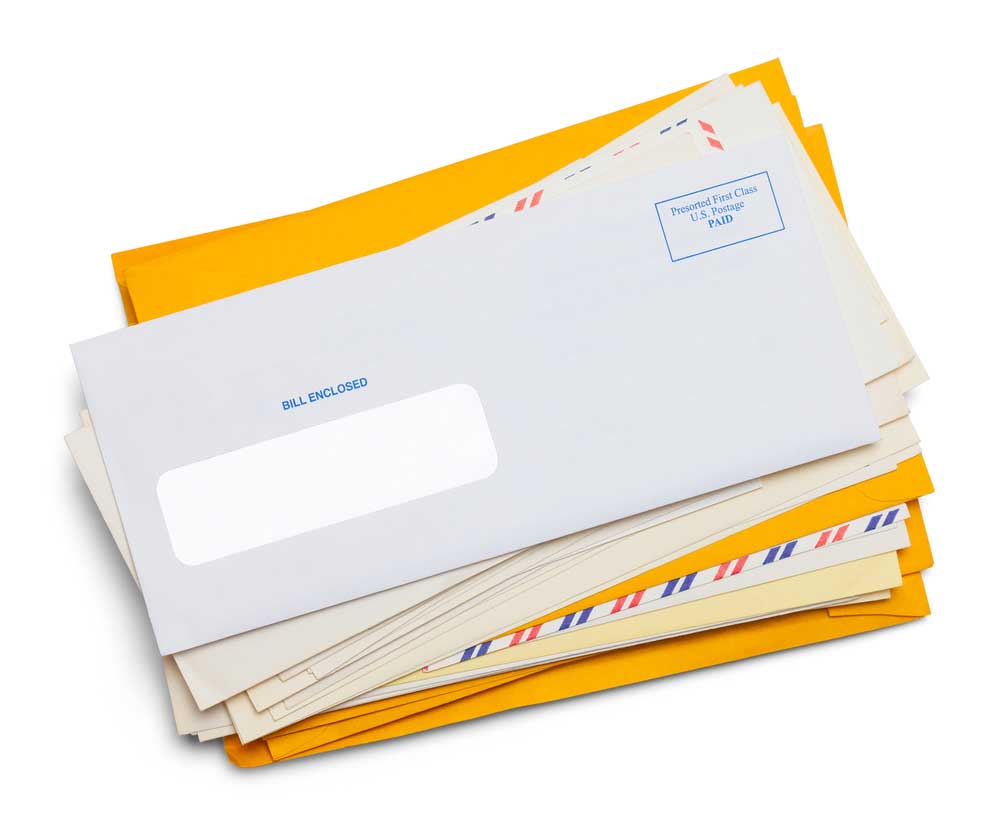 Good afternoon to you all and thank you for coming.

Let me first express my sincere gratitude to the Government for hosting my official visit. We have been following the situation in Bosnia and Herzegovina very closely. This visit has provided an important opportunity to discuss an array of human rights issues, and challenges, that the people of Bosnia and Herzegovina, along with its institutions, civil society and other actors, have been grappling with for nearly three decades.

This has been the first visit by a UN High Commissioner for Human Rights since Mary Robinson’s trip here in 1998. Some of the same human rights challenges persist today. The scars from the 1992-95 conflict are deep. The memories are still painful. But after my visit, I am convinced that there is a will and determination among many to achieve a society where all citizens, across the country, can enjoy peace and be treated equally, with respect and dignity.

During my time in Bosnia and Herzegovina, I met with the chair of the Presidency, Sefik Dzaferovic, the Minister for Human Rights and Refugees, parliamentarians, the Human Rights Ombudsmen Institution, members of the Constitutional Court, the High Judicial and Prosecutorial Council, and the State Prosecutor of Bosnia and Herzegovina. I met with the High Representative and other representatives of the international community. I also met with families of victims of the conflict and various civil society actors working on issues ranging from peacebuilding, reconciliation, transitional justice, anti-corruption, the rights of women, people with disabilities, LGBTI and migrants.

Most of the people I have met have expressed concerned about persistent discrimination based on various grounds, primarily based on ethnicity, gender and sexual orientation. This affects civil and political rights, including electoral rights, as well as economic, social and cultural rights. From a divided, segregated education system, to access to employment linked to political affiliation, patronage or loyalty, to unequal social protection depending on the place where ones resides, to marginalization still faced by many people who returned to their place of origin after the conflict, Roma communities, and people with disabilities. Bosnia and Herzegovina has legislation prohibiting discrimination and it is essential that it is applied across the country and by all institutions so that all forms of discrimination are effectively eliminated. The active engagement of political leaders in building an inclusive society is essential for its future.

During my visit, I met with some spirited and courageous civil society actors who highlighted some of the difficulties they face in doing their work, concerns about protection of civic space, including online and offline threats faced by journalists who investigate corruption or challenge the dominant political narratives. There is real concern for the youth, particularly as the fragmented education system, with different curricular and textbooks, has entrenched divisions and distrust among communities. Children should not be forced to travel long distances out of fear that their local school is unwelcoming and unsafe. Education is for all, and children must not become political pawns.

One of the most moving experiences during the four-day mission was my visit to the Srebrenica-Potocari Memorial complex where some 8,000 men and boys fell victim to the crime of genocide. There I paid homage to the victims, survivors and families of those killed, and met with a mother who shared her story of losing her husband and 16-year-old son. Her husband’s remains were recovered from a mass grave, but her young son is still missing. She told me she lives with the pain every single day, but she will never give up hope of one day finding his remains and finally laying him to rest next to his father. She told me of the determination of the Srebrenica mothers to continue their fight to ensure the genocide will never be forgotten. We both shed tears. I share her hope that one day she will find her son’s remains, and, that we must never forget the tragedy of Srebrenica. Today, some 7,000 people who were disappeared during the war are still unaccounted for as a result of the large scale atrocities committed across the country.

Some of the main architects responsible for the war crimes, crimes against humanity and genocide, have been tried and now face spending the rest of their lives in a jail cell. But many perpetrators, including those accused of sexual violence, still remain unpunished and are walking free in Bosnia and Herzegovina or other countries. It is my hope that justice will be served on them too. With the passage of time, some may never be identified, and therefore it remains vitally important to vigorously pursue domestic criminal prosecutions, for all crimes committed during the conflict; that those found guilty are duly sentenced. It is important that countries in the region step up their cooperation in this regard.

Individual accountability through independent justice mechanisms is fundamental to avoiding and overcoming collective guilt. This is why war crimes trials are so important as elements of truth-seeking and to foster reconciliation.

It is only when a country has fully come to terms with its past that it can move forward. I am a medical doctor, and over the past few days in my discussions here I have used the metaphor “that a wound can only heal once it has been cleaned, and cleaned thoroughly”. I have been assured that prosecutors are continuing their search for war criminals, for missing persons, and I have urged them to carry on in their pursuit of accountability in a manner consistent with applicable international standards.

Little progress has been made in the area of reparations for all victims of atrocities. A key element of the healing process is to ensure that the victims and the families of the victims are provided remedies. There has been no comprehensive programme for civilian victims of torture, including former camp detainees and survivors of conflict-related sexual violence, and for families of missing persons. Reparations have been insufficient. I was informed about cases where perpetrators are obliged to provide compensation but they do not as they do not have any assets or hide them. Thus, a reparation scheme is necessary and new legislation is needed. A fund should be established to provide compensation for victims. Similarly, the fund for the families of missing persons should be created.

I am particularly concerned to hear that courts across Bosnia and Herzegovina have denied wartime survivors’ claims for compensation by imposing statutes of limitations. Some of those who have sought justice have had to pay exorbitant court fees if their civil claims fail, which has resulted in a situation in which victims are punished financially and re-traumatised for seeking justice. This practice must be urgently ended.

It is the responsibility of the State of Bosnia and Herzegovina to ensure accountability for past crimes, to provide reparation for survivors and families of all victims, and to lead and support healing and reconciliation. It is also the responsibility to counter denial of atrocity crimes and glorification of war criminals. I note that this week, the Court of Bosnia and Herzegovina sentenced three individuals for incitement to hatred for singing songs threatening violence in 2019 in Visegrad and understand this is an unprecedented ruling.

There is no place for hate speech on any grounds. As Bosnia and Herzegovina readies for the election in October, I encourage all politicians to turn the page on rhetoric and policies of division, to focus on promoting the rights of everyone across the country, and to build an inclusive and democratic future, based on equality of all citizens.

I heard that thousands of people, particularly young individuals, have been leaving Bosnia and Herzegovina in the past years. The talent drain is a cause for real concern, and I hope the country can find solutions and implement effective measures to stem the outflow. It is not just about lack of jobs, but it is also because of perceived corruption and the lack of trust in the authorities, institutions and public services. Bosnia and Herzegovina has so much to offer, and I truly hope that its leaders stand united and to put this young country’s best interests first – for the benefit of everyone.

Since the signature of the Dayton Peace Agreement, Bosnia and Herzegovina has adopted an extensive legislative framework and it is equipped with a significant number of judicial and other institutions which are entrusted with promoting and protecting human rights. Many of the people I met deplored the lack of implementation and enforcement of legislation. Some expressed concerns about the functioning or even the independence of institutions, revealing significant distrust in their capacity to protect rights. It is critical for these institutions to be solid, independent, transparent and impartial, and to be seen as such. The Human Rights Ombudsmen institution of Bosnia and Herzegovina has a particularly critical role to play. As the appointment and selection process of the Ombudsmen is starting , it is essential that it is fully transparent, fair and impartial, and that civil society organizations are able to monitor this process. This institution must be trusted by all people in Bosnia and Herzegovina and proactively promote and protect human rights as well as the work of civil society actors.

Many interlocutors in civil society have described the pushbacks on civic space in the past years, with particular concerns in the Republika Srpska entity. Journalists as well as human rights defenders, particularly women, have faced increasing pressure, intimidation and threats. One major concern is stigmatization by political leaders, which triggers social exclusion. The protection of fundamental freedoms is essential at all times, all the more so ahead of elections in October. It is also important to set mechanisms to strengthen the protection of journalists and human rights defenders, and encourage initiatives taken in this regard.

The diversity of this country is one of its great assets. I see so much potential for Bosnia and Herzegovina. Everyone deserves to live in a safe place where respect for their human rights of everyone is at its core.